More than 2,200,000 Hotels & Accommodations ready to be purchased in HBAR

More than 2,200,000 Hotels & Accommodations ready to be purchased in HBAR

What is Hedera (HBAR)?

Hedera’s mission is to become “the most decentralised public permissionless ledger in the market”, which they plan to achieve through a combination of “path to permissionless” network nodes and the “path to widespread coin distribution” HBAR cryptocurrency which keeps the network secure.

Mance has had a long and storied career including working for the Missile Defence Agency as their Program Manager, CEO and Founder of Trio Security, Senior Director of Symbol Technologies, Founder and CEO of BlueWave Security, and CTO of Ortsbo. In 2013, he became the Head of Labs for Ping Identity, after serving as their Head of Architecture. In August 2017, he Co-Founded Hedera as their CEO.

After earning his PhD in Computer Science from Carnegie Mellon University, Leemon Co-Founded his own tech security company which he ran as CTO for almost four years. From there, he joined Motorola as their Director of Security Engineering. Afterwards, he became a Professor of Computer Science at the US Air Force Academy, where he worked for more than six years whilst also running his own cyber security company. In 2015, he Co-Founded Swirlds, and in 2018, he Co-Founded Hedera. He continues to serve as CTO for both companies.

Tasker’s history in management is long, serving at IBM for more than nine years, before becoming the Director of Information Technology at Sears Holding. In 2012, he joined Amtrak as their Chief Technology Officer, a position he held simultaneously while serving as President of Silos to Service Solutions. From 2015 onwards, he’s held several positions at ServiceNow, including Principal, Global Head of Connected Enterprise, Global Head, and Vice President Global Head. Tasker is currently on the Hedera’s Board of Directors.

Pradeep’s career began in academia in 1986 as a Research Scientist for Unocal, where he worked for nine years. In 1995, he became the Global Research director for Avery Dennison, where he served until October 2019. Remaining in the company, he’s worked as their Research fellow from May 2016. Drawing from his impressive background, Pradeep is currently serving on many Boards as an advisory, including the University of Akron, California State Polytechnic University, and Hedera.

Brett has over 20 years of IT industry coalition experience, including serving as the Senior Program Manager for the IEEE from 2002-2004. Afterwards, he served as the Director of Operations for the Liberty Alliance Project, later becoming their Executive Director. In 2010, Brett began working for PayPal as their Senior MTS, later becoming their Senior Manager, and finally their Head of Ecosystem Security / Senior Security Advisor. In late 2011, he Co-Founded the FIDO Alliance, serving many positions in the company before leaving in June 2020. In January 2019, Brett joined Hedera as their Executive Director of the Governing council before becoming their Chairman in January 2022.

To learn more about the team, read Hedera’s whitepaper. 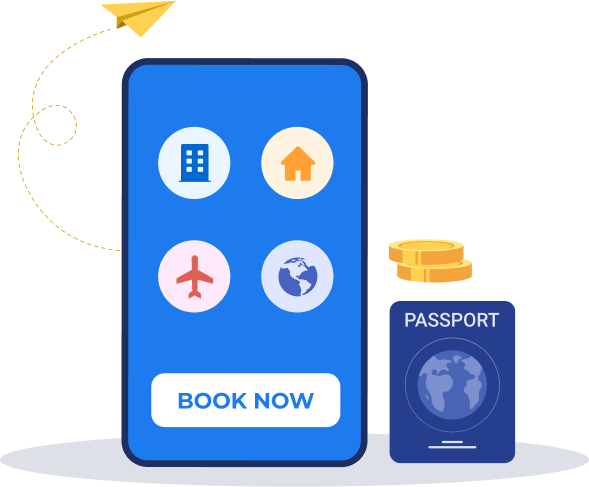 At Travala.com, we offer more than 3,000,000 travel products in over 230 countries available for purchase with HBAR. Plus, you’ll receive a 2% giveback in AVA, Travala.com’s native cryptocurrency, on every accommodation booking.

Travala.com’s intuitive booking experience is designed to be familiar and simple to navigate. Travellers simply choose their desired travel product(s), enter their details, and select from the variety of available payment options, including traditional credit and debit cards, BTC, and 90+ other cryptocurrencies.

Developers use HBARs to pay for network services, such as transferring HBARs, minting fungible and non-fungible tokens, calling smart contracts, and logging data. For every transaction submitted to the network, HBARs are used to pay fees that compensate validator nodes for bandwidth, compute, and storage.

When HBARs are staked to network nodes, they have a weighted influence on consensus for validating transactions. Weighted voting makes it difficult and expensive for a bad actor to maliciously affect consensus — it would require a centralised authority to own and stake over one-third of the network’s total supply of HBAR.

How to Pay with HBAR

Select Crypto as your payment method, then select HBAR.

Click Complete Reservation. In your HBAR Wallet, input the generated address by scanning the provided QR code or by copying the text. Ensure that the exact HBAR amount is entered and send the payment.

Exchanges where you can buy, sell and trade HBAR:

Store your HBAR securely with the following wallets:

Are you an exchange or wallet provider that supports HBAR? Contact us to have your platform added to the lists above.

What is the Hedera Hashgraph? (HBAR)

The Hedera Hashgraph is a cryptocurrency network seeking to serve as a platform on which anyone can transact and deploy applications, but where a group of businesses oversee the software. The network supports high transaction speeds for its HBAR cryptocurrency, but allows only approved nodes to participate in determining transaction history.

What is the Hashgraph Consensus Service?

Who is in Charge of Hedera Governance?

What are HBARs Fees?