More than 2,200,000 Hotels & Accommodations ready to be purchased in NTVRK

More than 2,200,000 Hotels & Accommodations ready to be purchased in NTVRK

NetVRk is a unique VR ecosystem based on blockchain technology that allows the creation of an unlimited number of virtual worlds, without the need for advanced technical knowledge and incentivize user participation through rewards.

The NetVRk mission is to generate a unique and visually attractive world, ready to be explored, populated, and reshaped to match all users’ needs. NetVRk’s users will be able to use their worlds for personal and professional purposes while enjoying a blockchain-based ecosystem that provides them with the tools to monetize their VR environments in a secure economy.

Katseli is the founder of Xmod, a VR simulation studio. Xmod creates complex simulation, both graphically and software-wise, for a variety of industries such as high-tech companies, architects, and real estate agencies. The studio has been developing its own API, NetVRk, for the past two years, starting with a prototype of VR goggles self-developed by Michael five years ago. Previously, Michael led and co-founded software development startups in the field of mobile applications, 3D simulations, engineering, and augmented and virtual reality.

Chee studied entertainment design at Gnomon School of VFX and Brainstorm School. He started working as a graphic designer and art director for Dreamlab Gaming/Studios. After several years, Linus was recruited by Xmod, Inc. where he joined Michael Katseli in founding Xmod’s own IP in “NetVRk”. Linus is now part of a development team providing high-end VR solutions and entertainment, and leads the concept design, art direction and management for the company.

Kennedy is experienced in project management, partnership development, and creating and executing marketing strategies. Expert in cryptocurrency and the metaverse, founding present Blockchains PR in 2018, and becoming the CEO of NetVRk in 2020.

Jay Shindell has over 30 years of experience in the motion picture industry, animation, visual effects, and live action films. He has worked as an artist, creative executive, producer, editor, writer, and director, and has contributed to the success of over 50 motion pictures. In addition, he serves as a creative consultant to the industry, and as an instructor at the Gnomon School of Effects, Games and Animation.

With fourteen years of experience in the entertainment industry, Sam Wey is a uniquely well-rounded creative director and game designer focused on crafting compelling interactive experiences. His passion for video games has fueled a career spanning art, game design, and story development. Sam Wey provides creative leadership by leveraging a deep understanding of game production to elegantly tie together aesthetic and technical disciplines in support of rich experiential design.

To learn more about the team, read NetVRk’s whitepaper. 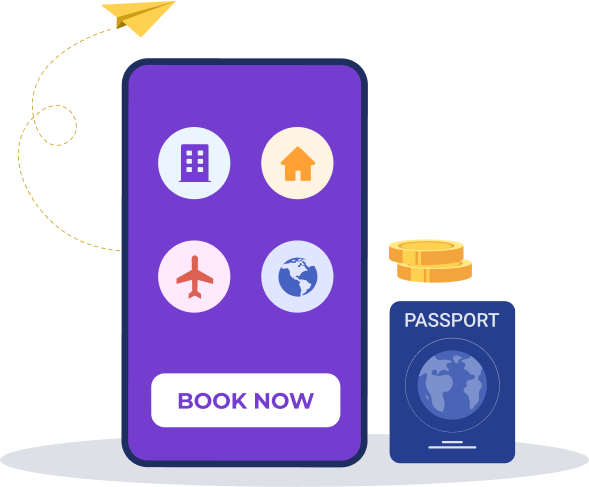 At Travala.com, we offer more than 3,000,000 travel products in over 230 countries available for purchase with NTVRK. Plus, you’ll receive a 2% giveback in AVA, Travala.com’s native cryptocurrency, on every accommodation booking.

Travala.com’s intuitive booking experience is designed to be familiar and simple to navigate. Travelers simply choose their desired travel product(s), enter their details, and select from the variety of available payment options, including traditional credit and debit cards, NTVRK, and 90+ other cryptocurrencies.

The NetVRk token can be used to buy assets within the virtual reality world you are in. Assets can include buildings, land, vehicles, houses along with many others that will be found in the NetVRk market.

NTVRK tokens can be used to buy advertising space, which can be used to generate a form of passive income and be on-sold to other parties for a healthy profit.

The NetVRk token can also be used to generate Non-Fungible Tokens (NFTs) on the platform, which may be utilised, or traded between players in a peer-to-peer manner.

How to Pay with NTVRK

Select Crypto as your payment method, then select NTVRK.

Click Complete Reservation. In your NTVRK wallet, input the generated address by scanning the provided QR code or by copying the text. Ensure that the exact NTVRK amount is entered and send the payment.

Exchanges where you can buy, sell and trade NTVRK:

Store your NTVRK securely with the following wallets:

Are you an exchange or wallet provider that supports NTVRK? Contact us to have your platform added to the lists above.

Proof of Ownership in NetVRk

The VR content created and advertised in NetVRk is owned by creators, and relevant data is stored in hash value in the non-fungible token standard 26 NetVRk (ERC721). ERC721 tokens represent item ownership, and can be freely sold or leased to delegate ownership rights to another person or business.

Types of Ownership in NetVRk