FTM(Erc20) is the native cryptocurrency of Fantom, an open-source, scalable, and Ethereum Virtual-Machine (EVM) compatible smart-contract platform. Transactions on the Fantom Proof-of-Stake network are fast and inexpensive. These qualities make FTM (Erc20) a popular choice for payments in addition to DeFi protocols, dApps, and enterprise applications.

Fantom’s mission is to leverage the latest in blockchain technologies to create a decentralized network that is easy to use and available to anyone. With this in mind, we have built a secure, decentralized, fast, and low-cost platform. Transaction settlements are nearly instant, and transaction fees are less than $0.01. For Fantom, openness also means transparency: Fantom is open-source and maintains an open-governance model that allows all users to suggest, discuss, and vote on network improvement proposals.

The Fantom Foundation is working to build a digital infrastructure that is impactful, efficient, and accessible. Our versatile team comprises engineers, scientists, researchers, designers, and entrepreneurs with the ambition to build an open and accessible platform on the most advanced DLT technologies available. True to the maxim of decentralization, our team is globally distributed.

Fantom is led by CEO Michael Kong, who, among other accomplishments, is known for building one of the first Ethereum decompilers and smart contract vulnerability detectors. Michael is an experienced executive, developer, and entrepreneur. His previous positions include roles as Chief Technology Officer at companies Digital Currency Holdings, myStake, and Liberté and Co. He was cofounder of Horyzen Pty. Ltd. and has additionally taught at the University of Sydney.

Andre Cronje is a renowned software developer whose applications and projects have played an immeasurable role in advancing the movement for crypto-based decentralized finance. He is the founder of yearn.finance and Keep3rV1 protocols and contributes to a number of other decentralized finance projects like Curve. He has helped build Fantom from its earliest stages and has a leading role in building Fantom cross-chain functionality.

Barek manages both go-to-market initiatives and contracts with governmental clients and international organizations. Most recently, he oversaw rapid expansion in South- and Central-Asia, where Fantom is providing critical technologies for the digital transformation of national administrations. Before joining Fantom, Barek worked as Director of Partnerships at Fusion Network. As founder of the consulting group SK Chain, additionally, he worked with 20+ crypto projects offering advisory services and facilitating partnerships for growing companies.

Director of US Operations

John has over 20 years of experience in finance and as an entrepreneur. He founded both Westlands Solar Farms and Electranet Capital, LP, both of which were acquired. Other roles held prior to Fantom include Chief Strategy Officer of BOSONIC, Partner at Digital Currency Holdings, and Vice President of Business Development at E.ON. In addition to his position at Fantom, John is Executive Director of The Stanford University Future of Digital Currency Initiative.

Michael is an early member of the Fantom team who has helped the project mature into an important player in Decentralized Finance. Before joining Fantom, Michael worked as a Consultant for the Fusion Foundation, where he worked with over 50 blockchain projects in China.

Jakub is a skilled developer with extensive experience building companies. Before joining Fantom, Jakub co-founded and was COO of the US-based company Uniforms Express. He is also the founder and former CEO of the European software company Edookit. Jakub holds a Master’s degree in Economics and Finance.

FTM (Erc20) has numerous use cases, among which is the ability to book over 3,000,000 travel products on Travala.com, including hotels, homes, flights, and activities. With accommodation in over 230 countries and territories, 600+ airlines, and more than 400,000 activities, Travala.com’s selection provides travelers with extensive choice when booking with FTM (Erc20).

Travala.com’s intuitive booking experience is designed to be familiar and simple to navigate. Travelers simply choose their desired travel product(s), enter their details, and select from the variety of available payment options, including traditional credit and debit cards, FTM (Erc20), and 90+ other cryptocurrencies.

Not traveling anytime soon? No problem! The use cases of FTM (Erc20) extend beyond the Travala.com platform.

Fantom is a pioneer in decentralized finance. We design with accessibility and ease-of-use in mind, and our Web Wallet integrates many of the tools for you to get started.

The Fantom blockchain, which is proof-of-stake, supports both our range of enterprise applications and DeFi app. By staking your tokens with a validator, you help secure the network and earn rewards in the process.

Select Crypto as your payment method, then select FTM (Erc20).

Click Complete Reservation. In your FTM (Erc20) wallet, input the generated address by scanning the provided QR code or by copying the text. Ensure that the exact FTM (Erc20) amount is entered and send the payment.

Click Payment sent. Your transaction will be processed, and you will receive a confirmation email once your voucher or e-ticket is available.

Exchanges and partners where you can buy, sell and trade FTM (Erc20): 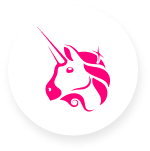 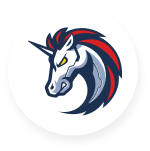 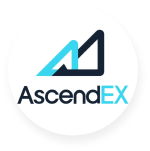 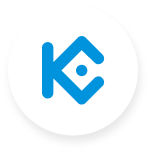 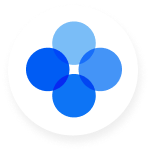 Store your FTM (Erc20) securely with the following wallets:

What distinguishes Fantom from other cryptocurrencies?

Fantom is built on a breakthrough consensus protocol called aBFT that makes it exceptionally fast, cheap, and secure. Our platform is environmentally friendly Proof-of-Stake, and we design all of our tools and the Fantom Wallet with accessibility and utility in mind.

What’s more, Fantom offers full Ethereum Virtual Machine (EVM) compatibility, meaning that the platform can run any Ethereum dApp. Developers can use standard Ethereum tools on Fantom, and all users can turn to familiar interfaces like Metamask to easily transact across the Fantom and Ethereum networks.

Where can I learn more about Fantom?

Is Fantom being adopted?